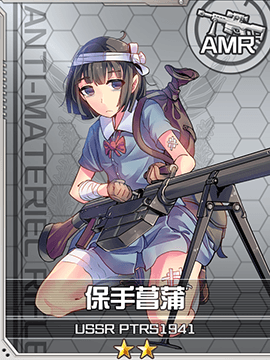 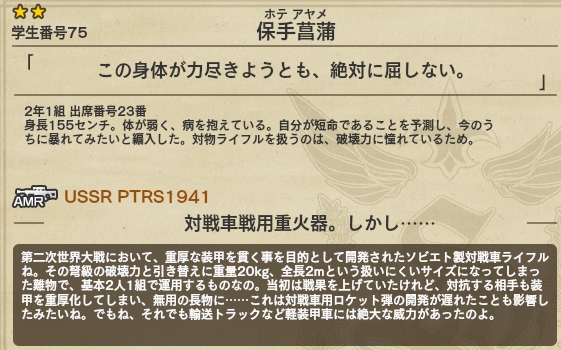 Semi-automatic analog of the PTRD anti-tank rifle. Was produced and used by the Soviet Union during World War II. In the years between the World Wars, the Soviet Union began experimenting with different types of armour-piercing anti-tank cartridges. Finding the 12.7×108mm insufficient, they began development of what would become the 14.5×114mm armour piercing round.

This, however in WWII, after german forces captured weapon cache in Novaya Zemlya, it was named as PzB. 42 and change it with cermet-core bullet for maximum damage that he can deal.

Retrieved from "https://shootinggirl.fandom.com/wiki/USSR_PTRS1941?oldid=3770"
Community content is available under CC-BY-SA unless otherwise noted.