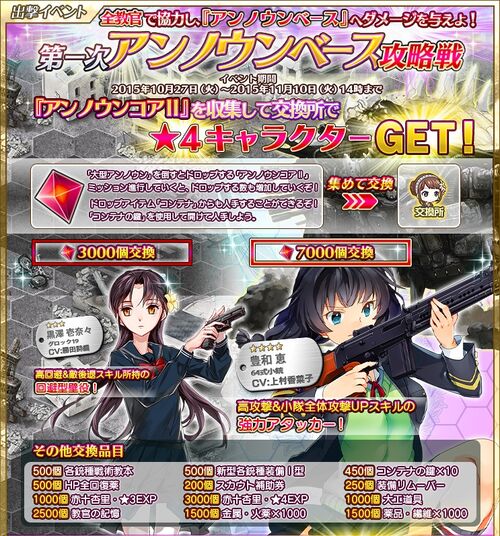 After 2 hours or after you have defeated the boss, the "gate" will be closed, and you will have to "open" it again to defeat the next boss. Defeating the boss counted for B-, A- and S-rank. There are totally 70 areas in the event map, each guarded by a single boss.


From Himeuta: Combined damage reward: Unknown Base HP can be seen below the game UI. HP is depleted based on the level of the Large-type Unknown defeated (level 1 = 1 HP). All players contribute to this amount. Upon reaching certain milestones, rewards will be given out to all players. 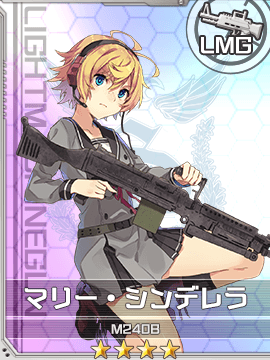 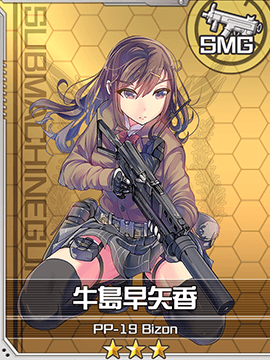 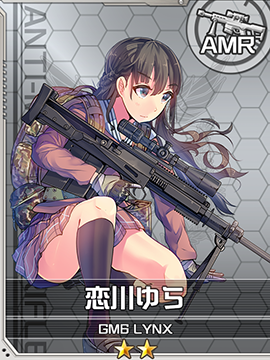 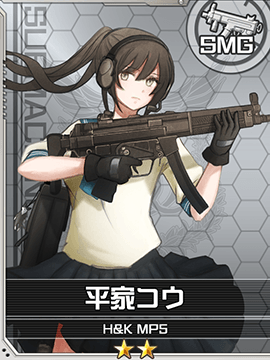 ★2 HG: Glock 19 Seems like an average HG. Says she has a dodging based skill, but her actual dodge stat seems rather average.

★2 AR: Howa Type 64 Battle Rifle For whatever reason, she has the highest ATK of any AR, beating FAMAS and Magpul Masada by 500 at cap. Still fairly strong at level 40 too, though some guns like FAL, AK-47, AK-74 beat her. Sasuga nippon. Everything else is average though.

Retrieved from "https://shootinggirl.fandom.com/wiki/Unknown_Base_Capture?oldid=3319"
Community content is available under CC-BY-SA unless otherwise noted.